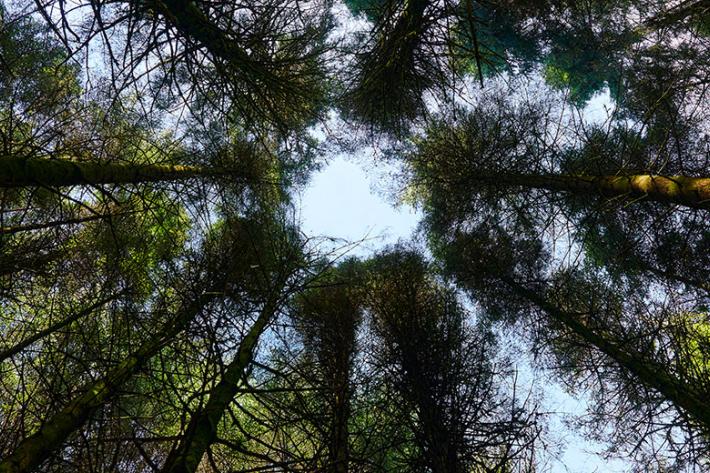 When you read and hear about climate change, do you feel a little bit lost? You’ve maybe heard people talking about a 'just transition', you know it’s a big deal, but don’t know enough to comment. We’re here to shed some light on some of the climate change buzzwords you may come across so you feel better equipped to be part of this important conversation.

In this article, we will discuss the differences between weather and climate, the term ‘climate emergency’, what a ‘just transition’ means for Scotland and how you can learn more.

Weather describes short term changes to our atmosphere – such as variations in temperature, rainfall, cloudiness, sunshine and wind – over hourly or daily periods.

Climate refers to weather conditions over a much longer timescale, usually decades or centuries.

Our planet’s average global temperature has risen approximately 1.2°C above pre-industrial levels (1850-1900) and continues to rise. 2011-2020 was the warmest decade on record.

This persistent, long term climate change trend is where the term ‘global warming’ comes from.

A 1.2°C increase may not sound significant, but the world is already experiencing unprecedented extreme weather events,  because of this rise in global average temperature.  Previous years have seen huge fires in Australia and the western US, extreme flooding in China, India and Pakistan, and a tornado in the Czech Republic.

“We are headed for a catastrophic temperature rise of 3 to 5°C this century. Making peace with nature is the defining task of the 21st Century. It must be the top priority for everyone, everywhere.”

The term ‘climate emergency’ is increasingly used instead of ‘climate change’ in order to highlight the urgent action required to mitigate reversible damage to our planet. Why is that? What do we mean by emergency?

Many of our actions produce greenhouse gas emissions that trap heat from the sun, raising our planet’s temperature and causing our climate to change. We’re already seeing the impact of this, here in Scotland. Continual rising global temperatures will cause catastrophic changes at home and around the world, including more floods, rainstorms and heatwaves. Our coastlines will erode. Globally, less land will be fit to live and grow food on, meaning fresh water and food supply shortages and leading to increased migration. Existing and new diseases will spread more easily. Even more species will struggle to survive. That’s why it’s important we all act now to cut our emissions. Every positive action we take will help to reduce global warming and its negative effects.

As part of the global effort to tackle the climate emergency, Scotland has set an ambitious target to become ‘Net Zero’ by 2045, five years ahead of the rest of the UK.

As we move away from carbon intensive industries to achieve this Net Zero target, it is our goal to make the economy work for everyone so no-one is left behind, whilst protecting our planet. The journey to create a better future for everyone – regardless of where they live, what they do and who they are – is known as a ‘just transition’.

But, to tackle the global climate emergency, we need everyone in get involved. Take your place in history and join the fight to become Net Zero here.

Scotland is leading the fight against climate change and we need everyone to play their part. Sign up and put your name down to help. We will send you a newsletter with updates, and practical steps you can take you play your part in the biggest movement that’s ever happened.